The total value of B2B sales on credit in Japan increased this year to 53.7%. Of the Asia Pacific countries surveyed, Japan was the most credit-friendly.

In 2017, the Japanese economy is forecast to expand 1.6% and exports to continue growing strongly. These expectations may be triggering Japanese respondents’ increased use of credit terms in B2B sales. Moreover, respondents in the country are less concerned about the potential impact of Brexit, US protectionism and the slowdown in Asia. 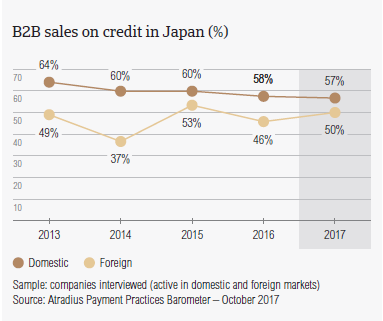 Of the Asia Pacific countries surveyed, Japan had the lowest percentage of respondents reporting having experienced late payments by their B2B customers. Moreover, the average percentage of past due B2B invoices in Japan is the lowest in the region. 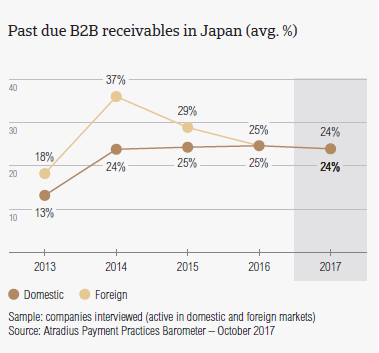 In 2017, the average payment duration in Japan is 55 days – the same as the regional average. The payment duration experienced by Japanese respondents was consistent with that in 2016 (average: 56 days) suggesting no change in the time it takes respondents to convert credit into cash. At regional level, however, a minor improvement was observed from the average of 59 days registered in 2016. 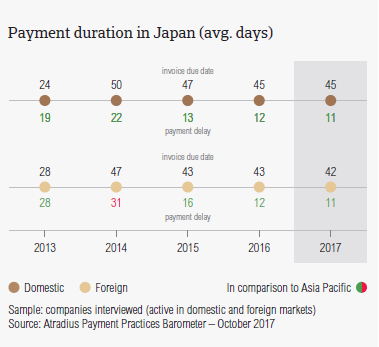 The main reasons for domestic and foreign payment delays in Japan are the same as those reported at regional level. However, they were cited by a lower percentage of respondents in Japan than in Asia Pacific overall. 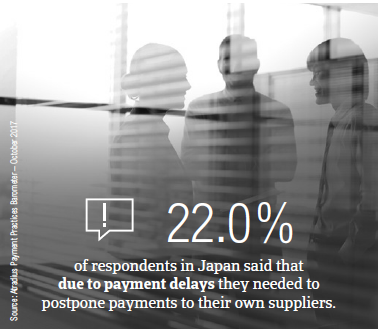 Respondents in Japan are the least likely respondents in the Asia Pacific region to increase protection against risks stemming from Brexit, US protectionism and the slowdown in Asia. 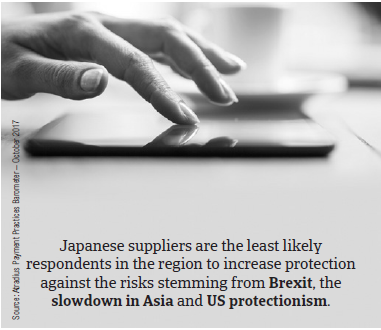 Similarly to what was observed in 2016, the total value of B2B receivables written off as uncollectable in Japan is the lowest in the Asia Pacific region. 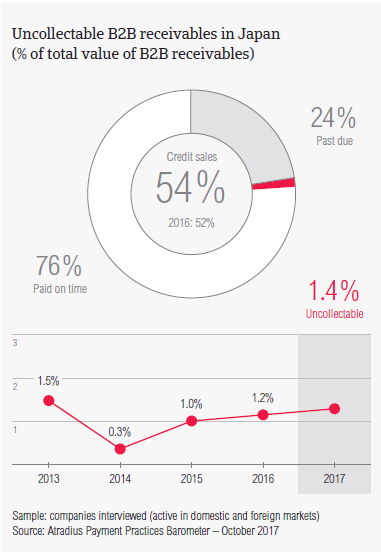 Looking ahead, more respondents in Japan expect a slight deterioration than an improvement in the payment behaviour of their domestic and foreign B2B customers. 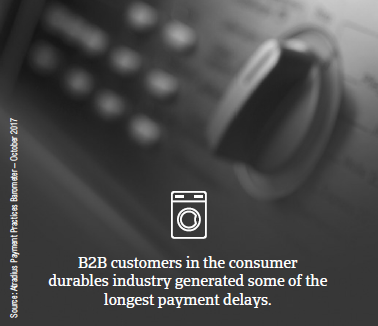 The automotive sector faces decreasing domestic sales due to a decrease in population and a growing share of elderly citizens as well as tax hikes.

The first hint of spring is in the air leaving this Economic Outlook in a position of cautious optimism.