After a 20% decline in insolvencies in 2016, Spain’s GDP growth is forecast to slow slightly in 2017, bringing the rate of insolvencies down to 10%. Despite the decline in business failures, Spanish respondents still seem to prefer using payment methods other than trade credit.

Over the past three years, there was a decrease in the total value of domestic and foreign B2B sales on credit in Spain. 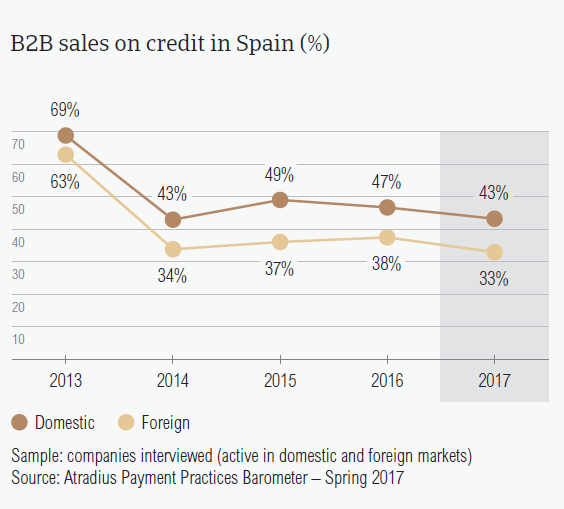 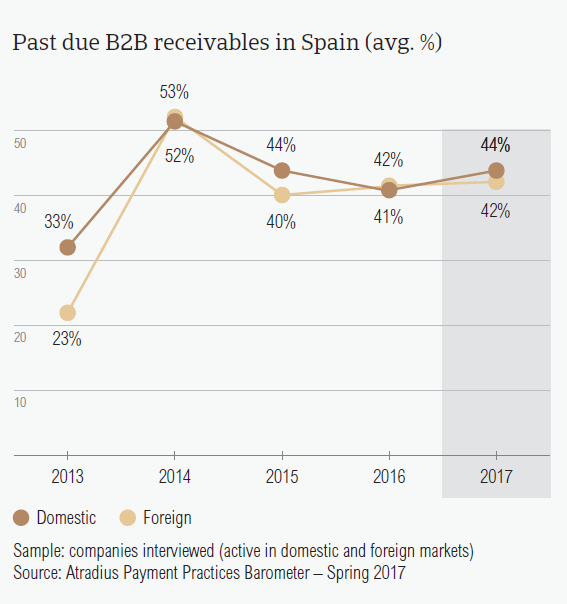 Despite offering some of the most relaxed terms for invoice payment to customers on the domestic market, Spanish respondents saw an increase in payment delays from their B2B domestic customers. 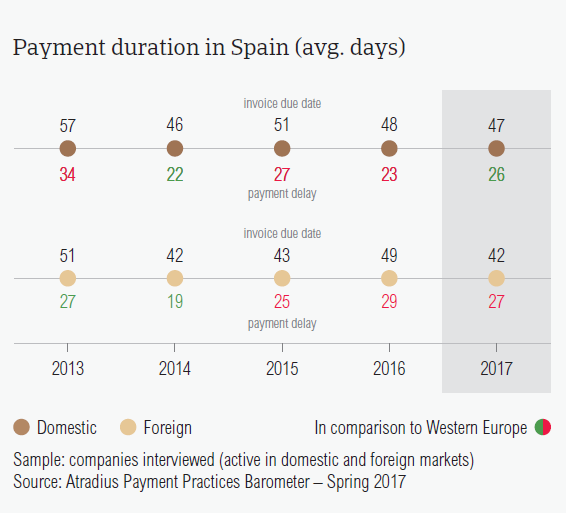 In 2017, respondents in Spain reported liquidity issues as the main reason for payment delays by domestic and foreign B2B customers. However, the percentages of respondents citing this reason went down compared to 2016. 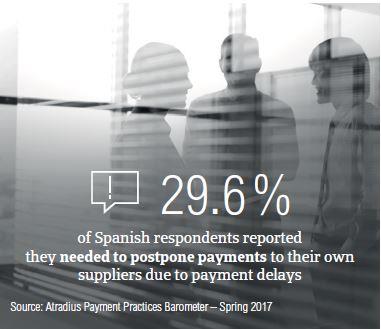 Next to their peers in Germany (22.9%), Spanish respondents (22.4%) are the most inclined in Western Europe to change their current mix of credit management tools and to do more to protect themselves against the impact of Brexit, the slowdown in Asia and US protectionism. 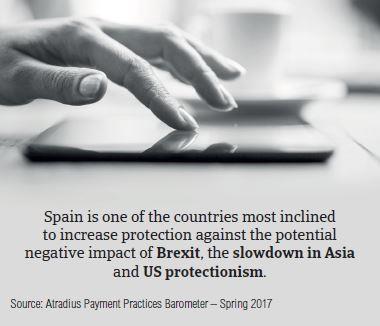 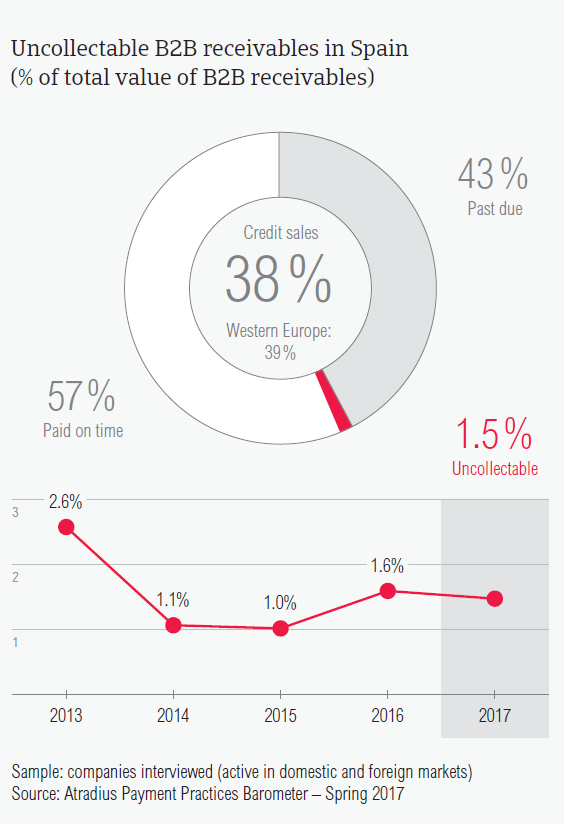 The percentage of the total value of B2B receivables written off as uncollectable in Spain (1.5%) decreased compared to 2016 (1.6%). Still it remains one of the highest among the Western European countries surveyed.

Most respondents in Spain do not expect a change in the payment behaviour of their B2B customers over the next 12 months. Of those respondents expecting a change, a slightly lower percentage expect a worsening (25%) than expect an improvement (27%).

Construction payment delays and insolvencies have decreased, mainly because financially weak players already left the market during the past downturn.

Atradius forecasts insolvencies across advanced markets to fall only 2% in 2017, the weakest performance since 2009.

Payments in the sector range from 60 to 90 days; however, they can extend to more than 120 days depending on the market power of individual retailers.